Should you admit your mistakes?

Our youth is filled with stories that we laugh on, shy about sharing and embarrassed to even talk about but most importantly, they have much of the life lessons that we learn from. I’ve one such too.

Since we are talking about youth, let me say it this way. During my youth, I was in love with a girl (that is what I thought at the time, perhaps, smitten me?). However, she was not. Call it courting efforts, or the desperation of youth, I did whatever I could to change her mind and the way she felt about me. Despite it all, she never changed. Worse, even I never changed. I continued my efforts to win her over. All this led to that moment when I realized one key thing: change what you can and fret not on what you cannot change.

Some words leave a profound impact the very first time you read them. Like me, several of you may have come across phrases and sayings, quotes and poems that leave you thinking and pondering. While in school, I had come across this small prayer which I later came to know was written by Reinhold Niebuhr, the famous American Theologian, author, ethicist and commentator.

Better known as the serenity prayer, it says:
God, grant me the Serenity to accept the things I cannot change,

Courage to change the things I can,

And Wisdom to know the difference.

It was later adopted as a prayer by Alcoholics Anonymous. Whoever reads these words is forced to delve deep into his heart.

Of late, I have been thinking about these lines quite often. In the current scenario, these words, rather this message is so apt.  When we’re forced to stay at home because it’s just not safe to venture out, when we have to live, work, eat and entertain ourselves from the confines of the home, when we have to be alert all the time about staying healthy and safe and in case something goes wrong, all the heart-wrenching efforts to get treatment for our loved ones. At times, these efforts turn futile and we start questioning life in general.

We all have several friends and relatives who have lost the battle to the dreaded virus and have found their loved ones saying that life has been unfair. Well it has, no doubt about it. But we need to understand that there is only so much we can do in life beyond which we need to accept things as they are.

Haven’t we all have felt like this at some point in time? Haven’t we all fought things that seemed impossible to change?  We have had that one friend whose father just couldn’t stop drinking. That colleague who lamented not being tall enough or a friend who is told by the doctors that she cannot have kids of her own. That cousin of ours who struggled to make ends meet but just couldn’t afford to buy a home or put his kids to good schools.

But it doesn’t happen that way all the time.

People who take good care of themselves, eat in moderation and have clean habits find themselves afflicted with serious diseases. They keep questioning themselves, “Why me”. No one has an answer to how such things happen.

People lose jobs out of the blue.

Things are lost or broken.

Someone falls short of a single mark that forever takes away their chance at a competitive exam.

These things happen to everyone, not just a few. But those who can accept them and learn to work around them find themselves better placed to reinvent even in the face of adversity.

When we learn to accept things as they are when we cannot change them, we reap benefits for ourselves and our loved ones.

For one, accepting that we cannot change certain things doesn’t necessarily mean that we are OK with what’s happening and have accepted defeat. No, we don’t like what’s happening, but there’s no choice. At least for the time being.  It also doesn’t mean that we will stop trying to bring about a change in the near future. It just means that instead of fighting a battle that we know is impossible to win in the current scenario, we have decided to accept the reality and are focusing our energies on things that can be worked with. That eases a lot of burden off your shoulders and mind and allows you to see clearly. When the milk curdles, there is no way we can undo what has happened. All we can do is throw away the residue and boil some new milk to consume, taking care not to spoil it again.

Acceptance is what we choose over everything else and try to make peace with ourselves that is long lasting. Life always has more to offer.

Consistency : the mantra for success

Understanding Rashomon effect and its role in today’s society 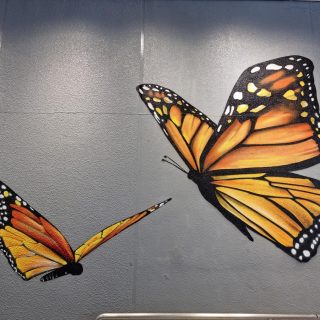 Should you admit your mistakes?

Understanding unconscious bias and 10 practical tips to overcome it