A friend of mine recommended me to read this and I remember distinctively how impressed she was with it.

Can you believe it that the book was written in 1988 and even after over three decades, just name this book in one of your random conversations with anybody, and there is a high likelihood the other person would know about this. He/she might even go on to say what a profound impact this book has had in their life. Yes, this book, though a novel, is a legend and especially so in the world of Self-Help.

This book works on your mind, body, heart, and soul. It doesn’t spare you. It leaves you energized like never. From random college students to business leaders, film stars, and politicians, there is every kind of person who says the book changed his/her life forever. It is a book that stays with you like a favorite song. You know you’ve understood it, but you can’t tell exactly how. That’s the success of Paulo Coelho and his books.

It is not just the story of Santiago the Shepherd boy in search for meaning of his dreams. It is the story of you and me, in search of the purpose of life. If you’ve read Viktor Frankl’s ‘Man’s Search for Meaning’, you know what a purpose can do to a lost life. Most of our lives are spent in search of the true meaning, randomly living from dawn to dusk. But not Santiago. He wants to know more than just God and man’s sins. He wants to know the world. He approaches an old woman when he dreams the same dream repeatedly- that a child playing with his sheep picks him up and lands him at the pyramids and tells him to find treasure there. Santiago meets the King of Salem who tells him that the soul of the universe is nourished by people’s happiness. Even by their envy and jealousy. Whatever the soul passionately desires, the whole universe conspires to make it happen. Showing the baker, the King tells him how he wanted to travel too in his young days. One can change destiny anytime in life. The king urges him to pursue his destiny to its conclusion.

Santiago goes about his quest to find his treasure at the Pyramids. He meets people who tell him how life’s wheel moves about. They know omens. They know about life and destinies. Santiago settles in a strange place. He’s getting used to this new place but the dream keeps him going. Like a river, one cannot hold sit flows. Some people, like the crystal shop owner, dream all their lives but are scared to realize them.

Santiago manages to hitch a ride on a caravan with an Englishman, out in search of An Alchemist who turns anything into gold. Amidst the desert, that metaphor that once you begin the journey, focus on your present, for you can neither go back nor predict what will happen the next moment in the desert. Is the desert the metaphor now, for the world? It tests you, said the Alchemist, at every step, challenges you, and kills those who get distracted.

The Alchemist teaches him the most simple secret- to allow the heart to speak because it is connected to the soul of the world, and to follow your heart. So when he’s in danger, he is able to speak to the desert and turn himself into the wind. The boy reaches the Pyramids finally and frantically starts digging only to be interrupted by tribals out to get his gold. The beat him assuming he has the treasure but finds nothing. Just as he left, the tribal says that he had also dreamt of a place in Spain where there’d be sheep and a Sycamore and a treasure would be hidden there. The boy laughs in joy. That description is of his home in Spain. He had finally found his treasure where he had started. It was there all along, he had just not seen it.

Because you may forego a novel or a web-series, but always make time for this book. I recommend you to read it at least once in your life, especially if you’ve been carrying your dreams for too long and have now started realizing the burden of them unfulfilled. Turn the pages and look at Santiago.

Read the book again after every few years. First, to remind yourself that dreams do come true. Second, that one can work towards that at any point in life. No matter what, if you persist, you exist.

This book almost always brings you back to yourself. It never fails. Because the secret to life is as simple as you being connected to the whole. Read it by replacing Santiago with yourself. Reach the end. And then read again!  I’ve done so and I think it’s time to go for another round now.

Half Girlfriend by Chetan Bhagat 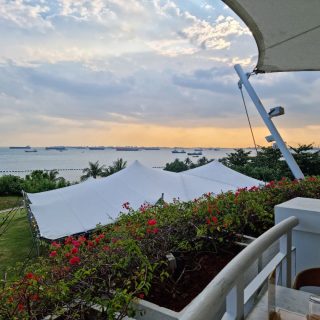