When no one wants to hear hardcore advice, stories come handy. Ancient civilizations knew this trick long before storytelling became a way of the corporate world. If India had its own Aesop’s fables, tales of Tenali Rama and Akbar-Birbal, the Japanese had their Zen stories and the Europeans had Babylon to look at for some age old wise advice. Babylon, the ancient Mesopotamian kingdom, was known for its wise men.

George Samuel Clason can best be introduced as the author of this bestseller, even a century after it was first published. But many would like to describe him as the Denver born Map maker who could not survive the Great Depression. Whatever his antecedents, Clason comes up with brilliant financial advice. He clarifies that it is a cure for lean purses and that its purpose is to offer an insight to those who yearn financial success. And why would he do this? So that it helps them to acquire money, to keep money and to make their surpluses earn more money. This book can best be cast in the same lineage as Carlos Catenada’sDon Juan series or for that matter Paulo Coelho’s The Alchemist, that teaches us more through a simple storyline than what reams of advice would have.

From the first parable itself, Clason shows glimpses of his storytelling acumen, deftly weaving the story of Bansir, the chariot maker and Kobbi, his singer friend, who refuses to lend a distraught Bansir, even two coins for survival. I wouldn’t lend it even to my best friend, for its my fortune, he says. After much deliberation, the two friends decide to move to Babylon to meet their friend Arkad, the richest man in Babylon. They ask Arkad the secret to his wealth, since they all have grown up and studied under the same master together, but while he has amassed a great wealth, the others have remained ordinary. Arkad has some solid comment- he says they have just not got the rules of wealth creation. Arkad had himself gotten his wisdom from Algamish, his master who shared it with him. Keep a part of what you earn to yourself, he tells him. That is, perhaps the genesis of Clason’s famous teaching – Pay yourself first, which is fondly quoted and remembered even today. Make the children of your treasure work for you, advices Algamish, something today’s financial advisors swear by, that one must make yourmoney work. 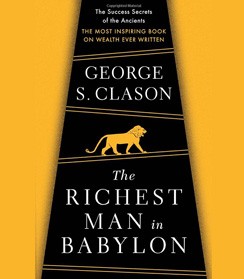 The book progresses to note that the city of Babylon had become rich due to the wisdom of its citizens who had learnt how to get rich. The king of Babylon calls upon Arkad to share his wisdom about how he got rich when the state treasury gets dry after the king has returned from war. The money has, apparently, been hoarded by the rich who knew how to earn.

Arkad shares his valuable advice with the king in the form of seven rules:

Rule one was to fatten one’s purse. Spend a little less than you earn so it starts accumulating.

The second rule was about controlling expenses.

The third rule is to make your gold multiply but putting it to work.

The fourth rule is to guard your treasure from loss which means be careful about where your money goes.

The fifth rule is to invest in a good house which the family can enjoy.

The sixth rule is to ensure a future income so when you have less energy to work, your life is still taken care of.

The seventh rule being increase your ability to earn, translated in today’s jargon, it only spells – Skill yourself.

Men of action are always favored by the Goddess of Good Luck. The entire narrative merges from one story to the other with characters popping in and out, lending advice about managing the ‘Gold and the Goats’, translated into wealth for today’s generation. What appeals the reader is the simplicity yet the profound lessons incorporated into the narrative. Clason did an amazing job at a time when the world had not fought its great wars and money was not as difficult to earn and keep as it is today.

This book is a parable of life lessons which one can interpret to the contemporary times. The currencies and the means of wealth may have changed, but the rules of money have not. It also highlights the fact that financial literacy is a key aspect of life lessons which ought to be inculcated into the young generation as early as possible.

Hard earned money grows legs very fast unless it is tamed. Financial wisdom takes you a long way towards a secure life. Life lessons do not grow old.

Did you notice any corrections to be made on this page? Submit your feedback here. We will take the necessary action.
0 Like
4 mins read
84 Views
Previous post 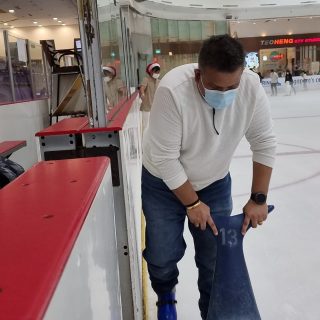